A Missouri family that sued after being denied a medical marijuana license is alleging the state department of health and Attorney General Eric Schmitt’s office illegally concealed documents and violated open records laws in order to undercut their lawsuit.

The allegations — which are included in a 28-page motion seeking sanctions against the state that was filed in Cole County Circuit Court on Tuesday — are the latest twist in the ongoing saga surrounding the roll out of Missouri’s medical marijuana industry.

In the nearly two years since voters approved medical marijuana in Missouri, the program has faced accusations of corruption, a legislative investigation, hundreds of appeals by jilted applicants, and, most notably, an FBI probe involving dozens of interviews with public officials and grand jury subpoenas.

The latest assertions of wrongdoing stem from a lawsuit filed earlier this year by the Callicoat family of Sarcoxie, Missouri, who had planned to open a cultivation facility in the town of 1,300.

After being denied a license, they filed a lawsuit asking a judge to declare the state’s limit on medical marijuana licenses unconstitutional and to throw out a “geographic bonus” that gave more points to businesses located in high-unemployment ZIP codes.

The Callicoat’s lawsuit is scheduled to go to trial Oct. 29.

But the family is hoping the judge will declare them victorious before the trial even begins for what they are calling “unfair, obstructive and deceptive behavior” by the health department and attorney general’s office.

The state’s goal, the Callicoats argue in the motion filed this week, is to “prevent anyone, especially this court, from being able to examine the rules of the medical marijuana program in the full light of day, to prohibit plaintiffs access to the public records the defendants are legally obligated to provide, and to do all they can to delay the hearing on this matter.”

The attorney general’s office, which is defending the state in the lawsuit, the Department of Health and Senior Services and the Callicoats’ attorney each declined comment when contacted by The Independent.

The lengthy list of allegations of wrongdoing center around the Callicoats’ attempts to obtain records about the drafting and implementation of rules for how licenses were divvied out to those hoping to grow or sell medical marijuana.

The Callicoats asked for documents in early June, the motion said.

A few weeks earlier, a legislative committee investigating allegations of misconduct in the medical marijuana program demanded the department of health turn over a trove of records documenting interactions with industry insiders and detailing how key decisions were made.

The department turned over documents to the legislature in mid June, producing over 37,000 pages of public records. The cover letter accompanying the documents was signed by Director Randall Williams, who said all the materials had been reviewed and all privileged, closed, or confidential documents had been withheld.

Yet shortly after the legislature received the 37,000 documents, the Callicoats’ motion notes, the attorney general’s office told the court it needed more time to produce any records.

It wasn’t until early August that a jump drive containing around 15,000 documents was turned over to the Callicoats’ attorney, the motion says.

The Callicoats only received the remaining 20,000 documents after filing a request with the Missouri House under the Sunshine Law.

The new documents included text messages between lobbyists, applicants and the department.

“The public records that were withheld are not just responsive and discoverable in this matter, they are absolutely material to the allegations raised in plaintiffs’ petition,” the Callicoats’ motion says.

“This is egregious conduct,” the motion says. “The fact that this behavior is being carried out by the state government — and by the attorney general’s office, who is supposed to be the attorney for the people of this state — is troubling.”

The Callicoats’ attorneys questioned Williams in early October, where under oath he admitted that he conducted state business through texts on his private cell phone — a fact that had never been revealed during the course of the lawsuit.

“Dr. Williams further acknowledged that he never took any steps to save his text messages discussing state business to a state computer,” the motion says, “even though that is expressly required under the Sunshine Law.”

The motion also calls into question actions taken by the attorney general’s office.

For example, the attorney general sought to get the case dismissed while at the same time seeking to depose the Callicoats, which the motion called “abusive and intended to annoy, harass and impose an undue burden.”

The motion also notes that in July, the attorney general’s office sought a protective order that would have prohibited the Callicoats or their attorneys from speaking about the case to anyone, including law enforcement.

It required the Callicoats’ attorney to join with the department of health and attorney general’s office to try to quash any subpoena sought by law enforcement, the motion says.

Just two months prior, The Kansas City Star reported that a federal grand jury had issued a subpoena to the department of health in late 2019 demanding all records pertaining to the medical marijuana license applications of four individuals.

All four names were redacted by the department in The Star’s copy of the document. It was also widely reported at the time that the FBI had been conducting interviews around the state — including lawmakers, lobbyists and staff in Jefferson City — about the medical marijuana program.

The new allegations arise as Missouri’s first marijuana dispensaries opened their doors for business this week, with the state announcing most of the 192 licensed dispensaries will be open by the end of the year.

If the Callicoats’ lawsuit is successful, it would lift the cap on the number of licenses the state can issue, allowing any applicant who met the minimum standards to be able to go into business.

The lawsuit also comes just days before voters head to the polls on Nov. 3.

Democrat Nicole Galloway is challenging Republican Gov. Mike Parson, and she has regularly highlighted the allegations of wrongdoing in the medical marijuana program to criticize the governor.

Those criticisms often focus on Steve Tilley, a lobbyist with numerous medical marijuana clients who is a longtime friend of the governor and a major campaign fundraiser.

Emails obtained through public records requests show Tilley was in regular contact with medical marijuana regulators throughout the months they were setting up the program, writing its rules and accepting applications.

Tilley has been at the center of both FBI questions and the legislative investigation, though he has long denied any wrongdoing.

Parson was also accused by Democrats of interfering with the legislature’s inquiry, a charge the governor dismissed as a partisan attack.

The governor’s campaign did not respond to a request for comment.

As for the Callicoats, their motion seeks to end their nearly yearlong legal battle with the state. They believe the actions of the department and attorney general are a sign of guilt.

“Governmental agencies,” the motion says, “do not go to the lengths of obstruction and deception as occurred in this proceeding when they are confident of the lawfulness of their actions.” 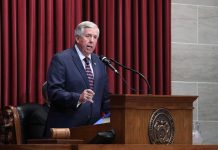 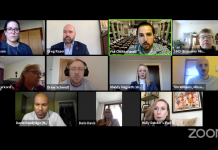 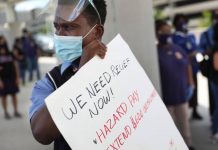 Legislators should use COVID funds for stimulus payments to struggling Missourians

(Now more than ever.)

You’ve seen us hold the powerful in Missouri accountable; this #GivingTuesday – December 1, 2020 – we ask for your support to continue that important work.

The COVID liability bill's sponsor, Sen. Ed Emery, said that the decision to pull the bill was “a surprise” as he had not spoken with the governor’s office and did not know the reasons behind it.
https://t.co/9gtFAguToU #moleg #mogov

. @GovParsonMO asked #MoLeg to drop a COVID liability bill from the special session.

Roughly an hour into Tuesday’s hearing on the bill, @EricBurlison told a witness the news “may cause you to limit your remarks,” leading to chuckles throughout the room

[email protected] has asked that leadership wait and take up COVID liability legislation in the regular session come January rather than during the special session.

The proposed bill is currently being discussed in the Senate Committee on Government Reform. #MoLeg #MoGov

The first step for a person to receive care for HIV is knowing whether they have it. But under a Missouri law passed in the 1980s, it also means people living with HIV could face prosecution if they expose someone to it.