In their final push to election day, Republican Gov. Mike Parson and his Democratic challenger, State Auditor Nicole Galloway, aim to turn out base voters and win over undecided Missourians by linking their opponent to unpopular policies of others.

For Parson, that means an emphasis on supporting law enforcement over protesters demanding police reforms and trying to marry Galloway to calls by more liberal Democrats like 1st Congressional District nominee Cori Bush to “defund” the police and military.

“My opponent endorses people who want to defund the military,” Parson said at a Columbia campaign stop on Tuesday. “If you run with that crowd, you are that crowd. That is just the way this world works.”

For Galloway, it means a focus on health care and the COVID-19 pandemic, noting that Republicans, including Parson, have solidly opposed expanding Medicaid. Democrats also point out that Parson has not disavowed legislative candidate Rick Roeber, accused by his adult children of sexually abusing them when they were young.

“Every single time that you seize power from the politicians in Jefferson City at the ballot box, they are working to undermine your vote because they are saying over and over again that those insiders in Jefferson City know better than you,” Galloway said to a gathering of Democrats in Columbia on Thursday.

In a race where spending is approaching $43 million, polls have consistently shown Parson with a lead, albeit narrower in recent surveys than it was earlier in the year.

The candidates followed different political roads to their current positions.

Parson, 65, was a county sheriff, state representative and state senator before being elected lieutenant governor in 2016. When former Gov. Eric Greitens resigned in 2018 amid allegations he engaged in sexually violent misconduct in 2015 and investigations of his fundraising, Parson became the first governor since 1857 to take office on resignation.

Galloway, 38, is a certified public accountant who rose to prominence in the Democratic Party through the patronage of former Gov. Jay Nixon, who appointed her Boone County Treasurer in 2011 and auditor in 2015.

Galloway in 2018 became the first Democrat to win a statewide election since 2012 when she earned a full term as auditor, solidifying her position as the party’s leader.

Missouri was once a bellwether state in presidential elections but has become reliably Republican nationally since the 2008 election, when Barack Obama narrowly lost the state. It has elected a Democrat as governor in five of the last 10 elections.

But in a race that could be decided by turnout, especially in the suburbs, political observers say neither candidate is generating the electricity that would show clear momentum.

“My first impression is that it has been a surprisingly uninspiring gubernatorial campaign, particularly on the Parson side,” said Peverill Squire, professor of political science at the University of Missouri in Columbia.

He said health care, and especially the COVID-19 response, could well decide the race.

“The big question mark for that race is what happens in the suburbs,” Squire said, “particularly outside St. Louis, and whether moderate Republicans, who may not be happy with the state response on the virus, will be enough to tip the race to Galloway.”

On May 25, George Floyd died in Minneapolis after a police officer put his knee to Floyd’s neck for more than eight minutes as he lay prone and handcuffed. The death ignited protests nationally.

In many cities, including St. Louis, the protests turned violent and, after four police officers were wounded by gunfire, Mayor Lyda Krewson imposed a 9 p.m. to 6 a.m. curfew.

When Krewson read publicly the names and addresses of people who wrote demanding she defund the police, protesters targeted her, going to her home on a private street.

Two residents of the neighborhood, attorneys Mark and Patricia McCloskey, reacted to the presence of the protesters by standing in front of their homes with guns.

That made them instant celebrities in conservative circles — even earning them a spot speaking to the Republican National Convention. Now they are under indictment for unlawful use of a weapon, and Parson has promised to pardon them if convicted.

“I will not use politics to go after people like the McCloskeys because they did everything under the Constitution to protect themselves,” Parson said during his campaign stop in Columbia.

Parson always reminds audiences that he enlisted in the Army after high school and returned home for a career in law enforcement that included 12 years as Polk County Sheriff. He then contrasts that with Galloway’s endorsements of candidates like Bush who have called for defunding police.

“I would never turn my back on law enforcement or the military of this country,” Parson said.

Galloway has repeatedly dissociated herself from the views of more liberal Democrats, accusing Parson of trying to distract voters from his own record.

The law-and-order issue may have faded in importance, Squire said, and focusing on it does not expand Parson’s constituency.

“It is one of those campaign themes that looked like it was going to play well back in May and June,” he said. “In October, it may not resonate as much. We are in a year now that two or three months ago seems like a lifetime.”

When the year began, Missouri had an unemployment rate of 3.1 percent, state revenues were increasing fast enough to anticipate the next step in a phased-in income tax cut and polling showed Parson with a double-digit lead.

The issue no one foresaw as a top concern for 2020 was controlling a deadly virus that seems to be spreading out of control, even infecting Parson and his wife, Teresa.

When the pandemic reached Missouri in March, Parson resisted a state stay-at-home order and didn’t direct schools to close until every one of the state’s 555 school districts and charter schools had already switched to virtual education.

After a partial shutdown that ended May 4, Missouri seemed to have a handle on the pandemic, with the average number of new cases down to 145 per day from almost 250 a day a month earlier.

On July 1, Missouri had about 22,000 cases and 1,017 deaths, 40th among 50 states and the District of Columbia for per capita infection rates and 28th for per capita deaths. By that time, cases numbers were rising and the Department of Health and Senior Services reported more than 1,000 cases for the first time on July 21.

Since that date, excluding days when the state did not report or was adjusting published data, there have been only 12 days with fewer than 1,000 cases and totals have risen to almost 175,000 cases and 2,870 deaths through Wednesday.

Since July 1, Missouri is 18th nationally in per capita cases and 15th for per capita deaths. On Thursday, new hospitalizations in the St. Louis region hit a new high of 72, which officials called “heartbreaking.”

Throughout the year, Parson has relied on letting decisions on COVID-19 take place at the local level, from whether to re-open schools this fall or mandating masks to limit spread of the disease.

In the friendly surroundings of the annual Missouri Cattlemen’s Steak Fry — Parson, who raises cattle in Polk County, is a member — Parson was defiant about whether to issue a mask order.

“And you don’t need government to tell you to wear a dang mask,” Parson said to cheers and applause. “If you want to wear a mask, wear a mask.”

Parson argues that Galloway wants to shut the state down in response to coronavirus.

At her Columbia event, Galloway said she doesn’t want to shut the state down but she would issue an order requiring face masks in public.

Parson, she said, is responsible for cases rates spiking.

On Thursday, a new high was set with 3,061 cases, with the seven-day average at 2,138 per day. Rural counties with fewer than 50,000 people, which make up about one-quarter of the state’s population, have reported more than one-third of the new cases this month.

Parson only grudgingly issued the shut-down order, Galloway said, and Missouri families gave up income, time with family and graduations to get the disease under control.

“Then he opened the state up without any plan to keep us safe and here we are,” Galloway said. “It seems like we gave up all of that spring for nothing.”

“It feels like where I am that his is the one that is resonating more than hers,” Walling said of the contrasting COVID-19 responses.

If voters believe more should be done, it will work to Galloway’s favor, said Daniel Ponder, a political science professor at Drury University in Springfield.

As he campaigns, Parson paints the coronavirus issue as an economic problem. The state has regained two-thirds of the jobs lost in the spring and unemployment is fifth-lowest in the country, he notes.

“If you shut this place down again I guarantee you, Main Street Missouri, mom and pop businesses, are not going to make it if we do that,” Parson said.

Galloway and Democrats, however, want voters to think of the state’s COVID response in larger terms, including efforts by Republicans to abolish the Affordable Care Act through a court decision.

Parson doesn’t accept that he should be responsible for the course of the pandemic.

“Everybody wants to blame somebody for the virus, and there’s nobody to blame,” he told reporters on Tuesday. “You know, it’s a virus and we all got to be able to deal with it and I think we have.”

The virus must be endured until there is a vaccine, which Parson said is “months away” for most people.

Lay of the land

In 2016, while Donald Trump was rolling to a 19 percent landslide victory in Missouri with 57 percent of the vote, Greitens won the governor’s office with only 51.1 percent and U.S. Sen. Roy Blunt was re-elected with only 49.1 percent.

None of the academic observers think Trump is in any trouble in Missouri this year, but they do expect his margin to diminish. Shorter coattails may be the opportunity for Galloway, they agreed.

And while Republicans have been very successful in statewide and local elections in the past decade, voters have given large margins to ballot measures generally endorsed by Democrats and opposed by Republicans, Ponder said.

Those ballot measures include an increasing minimum wage, voting down a Right to Work law and legalizing medical marijuana, all in 2018.

The statistics of where each of those measures passed, compared to where Republicans have earned their majorities, provides a path for Democrats, Ponder said.

Most passed, he noted, with big majorities in areas where the GOP is strongest/

“That could lead to a Galloway upset,” Ponder said, “opening it for her or some other Democrat in the future.” 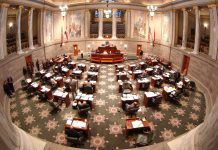 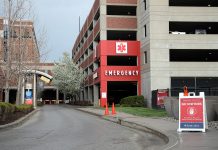 Missouri Senate to vote next week on COVID funding. Fate of...