Rick Roeber, the Republican elected to the Missouri House while facing allegations by his adult children that he physically and sexually abused them when they were young, will not be allowed to caucus with his party when the legislative session begins next month.

Roeber will be sworn into office next month, and the allegations against him will be investigated by the House ethics committee.

“Our House leadership team takes the troubling allegations against Rep.-elect Rick Roeber very seriously and we have decided he will not be a member of our caucus at this time,” incoming House Speaker Rob Vescovo, incoming Majority Floor Leader Dean Plocher and Speaker Pro Tem John Wiemann said in a joint statement released Monday afternoon.

“When the 2021 legislative session commences in January,” the statement said, “the House Ethics Committee will conduct a thorough investigation of the accusations made by his children. We will await the committee’s recommendations for the next steps to take in this matter.”

The House has the authority to expel a member with a two thirds vote. Short of that, Roeber’s exile from his party’s caucus could eventually translate into House leadership refusing to allow him to serve on any committees or allow any bills he files to progress through the legislative process.

In response to a request for comment by The Independent, Roeber forwarded a letter he sent to Vescovo saying that he can “see the wisdom in making me a caucus of one at this juncture to allow any ethics complaints against me to be investigated and discussed. As I have stated, I am guiltless of any of the accusations against me and will be fully exonerated through due process.”

He added that he expects to be fully admitted to the GOP caucus after the ethics committee’s investigation is complete.

Last month, three of Roeber’s children — Anastasia Roeber, Samson Roeber and Gabrielle Galeano — sent a letter to Vescovo detailing the allegations and pleading that Roeber be prevented from serving as a state representative.

In October, The Kansas City Star reported that Anastasia, Roeber’s adopted daughter, said he made improper sexual advances toward her in 1990, when she was 9 years old.

Roeber, who’s district includes parts of Lee’s Summit and surrounding areas in Jackson County, has vehemently denied the accusations of abuse, pointing to the state’s decision to argue he was exonerated.

House Minority Leader Crystal Quade, D-Springfield, said she is thankful that GOP leaders made the decision not to caucus with Roeber, although “I wish there had been statements made or actions taken prior to the election so we wouldn’t be in this situation.”

Ideally, Quade said, Roeber will resign before being sworn in next month. But if he is seated as a state representative and an ethics investigation is launched, she said the priority should be not to re-traumatize his children.

“I hope we can look at the available public documents,” she said, “and that his adult children aren’t forced to testify and relive the trauma over and over again.” 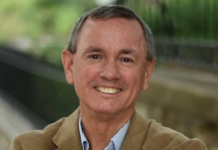 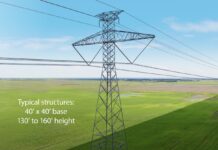