I was in tears.

Shown by CNN in live video, the floor of the U.S. Senate was occupied by terrorists in MAGA hats waving Trump flags. Those still outside the Capitol were smashing windows. As the cameras panned the House floor, congressional staffers cowered behind desks and police aimed guns at the door, their obvious priority protection of those staffers.

A thousand miles away, safe in Kansas, I felt their terror. I was there once. For more than two decades I worked in that Capitol. Every day of those years I was in awe of the greatness of that building, the history it represented and its meaning for our great democracy.

For me, for everyone who ever worked there — and I suspect for many Americans — what happened Wednesday in the U.S. Capitol was immensely personal.

And it hurt. Deeply.

Like a lot of other kids in the 1950s, I soaked in that decade’s anti-communist, nuclear paranoia. America would never fall to a foreign enemy, they said, but rather we should be more fearful of enemies within. Red Russians and Hollywood-embedded communists were false targets in those days, but the danger of internal damage to democracy was real.

Once past the riotous 1960s, America largely forgot to post sentries against the possibility of America’s own danger to itself.

The 2016 election sparked a backlash of “never Trump” but it was largely written off as Democratic hysteria. Until Trump, America had never seen a president so seductive he could create an alternate reality and make millions of people believe in it, and then make them do things they would once never conceive of doing.

Still, Americans didn’t quite grasp the idea that America’s biggest danger could be right here within.

It is easy to blame President Trump for what happened Wednesday. For putting thugs into the streets and for not calling them off when they turned to anarchy, Trump deserves every bit of the blame. His legacy will be forever tarnished by his actions of the last few days.

But he had plenty of help.

In November, with results of the election clear and with absolutely no evidence of any significant election problem, Republican leaders stood silent as President Trump renewed efforts to undermine the legitimacy of the election. His goal was to make one last-ditch effort to stay in power and Republican officials, whether they believed it or not, aided his effort by their silence.

It is, of course, unknown whether a concerted effort by Republican leaders in November could have shut down the misconceptions about a “stolen election.” But it is shameful, especially in retrospect, that they did not try.

President Trump presented no evidence of voter fraud. Dozens of cases were thrown out of court.

Historians will analyze how and why America became numb to the danger that exploded Wednesday. But at its root is an astounding lack of political and moral leadership. When Sens. Josh Hawley of Missouri and Ted Cruz of Texas hatched their plan to object to the routine job of certifying electors, 130 House Republicans and about a dozen Senators signed on.

Their cynical action was evident. They could pander to Trump and his supporters without fear of consequence. Congress was bound to certify the election of Joe Biden.

President Trump used the occasion to urge his more extreme supporters to converge on Washington, D.C., and demonstrate loudly.

And the world watched as the fabric of a great democracy was torn.

In a more perfect union, with more time, the House and Senate might now put impeachment articles against President Trump on the floor with one charge: inciting a violent overthrow of the government. And in a more perfect union, with the advantage of hindsight, voters just might have another shot at judging the GOP members of Congress who were President Trump’s sycophant posse Wednesday.

America lived through some awful events in the 1960s, but none of us could ever imagine what took place Wednesday.

In 1954 a group of Puerto Rican activists opened fire on the House floor from the visitor’s gallery. I often thought about that chilling act of terrorism during the years I prowled the Capitol and wondered if it ever would be repeated.

But that was danger from an outside enemy, one we can understand. I never dreamed the next violent attack on the Capitol would be by my fellow U.S. citizens, urged on by a president and tacitly supported by dozens of elected officials. 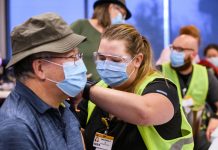 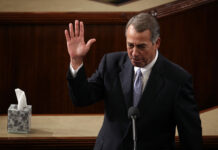 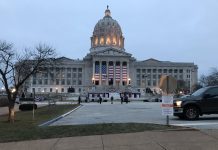 The latest threat to America comes from within