Gov. Mike Parson on Thursday showed no indication he was changing his mind about forgiving any part of the approximately $150 million in unemployment benefits paid erroneously by the state in 2020.

In a news conference, Parson said it may take several years for those who received the money to repay it, but that it should be repaid.

“If somebody’s got more money they should have got you should ask for it back and say, you know, you owe that to the taxpayer,” Parson said. “You don’t owe it to me, but to the people who paid it, ‘cause there’s gonna be somebody else tomorrow wanting employment benefits too.”

Parson spoke a few hours after Anna Hui, director of the Department of Labor and Industrial Relations, worked to explain to members of the House Budget Committee how the overpayments occurred. The department and Parson have been taking heat from lawmakers, with bills filed by Democrats to forgive most of the debt.

A bipartisan group of legislators has argued that it isn’t fair to punish Missourians for the state’s mistakes, especially when in many cases the erroneous payments occurred months ago.

State Rep. Scott Cupps, R-Shell Knob, tried to prevent the committee hearing from becoming a lengthy examination of the issue. Cupp was temporarily chairing the committee and noted that hearings had been held in other committees, including Government Oversight, where it had been discussed in depth.

“There is some pending legislation that will probably be moving through those committees sooner than later,” Cupps said.

Missouri paid out about $5.3 billion in unemployment during 2020, Hui said, with an overpayment rate of about 3 percent. There are always overpayments in unemployment, she said, noting that in 2019 the error rate was over 5 percent with total payments of $236 million.

“The overpayments, again, are part of the design of the unemployment insurance program,” Hui said. “Unemployment Insurance was really meant to quickly inject, infuse, especially in a recession, money into the economy, into people’s pockets, to be able to spend.”

The enormous increase in payouts was a result of the business shutdowns that accompanied the onset of the COVID-19 pandemic and federal additions to benefits to mitigate damage to the economy.

In the largest week, 440,000 claims were made for benefits, Hui noted.

The Division of Employment Security, which processes claims, has 14 days to start payments and gives employers 10 days after notification to object to the claim, she said. Objections, which may arrive after payments have started, can stop or reduce benefits.

Some workers didn’t account for vacation or other severance pay after their employment stopped and others continued claiming after they returned to work but did not report their earnings.

Unlike past recessions, Congress created supplemental benefits paid in addition to regular unemployment benefits as well as programs for people who lost work but are not covered by traditional unemployment. Those workers include the self-employed and what are called gig workers, like drivers for Uber and Lyft, who work on a contract basis.

Missouri’s regular unemployment insurance program, funded by a tax on a portion of an employer’s wage payments, has a maximum weekly benefit of $320. The first supplemental program increased that amount by $600 if the claimant qualified for at least $1 in regular benefits.

The programs for people who didn’t otherwise qualify paid out a weekly benefit equal to what the worker would have received in covered employment, plus the supplemental benefit.

The supplemental benefit expired in late July, was replaced by a $300 supplement for a few weeks in the summer and resumed again at $300 at the end of the year with passage of new federal relief legislation.

There were also extended benefits, federally paid, equal to the state regular benefit during a portion of the year. Extended benefits are triggered when unemployment is high.

Most of the overpayments were in the federally funded programs, not the state’s regular benefit program.

The state’s regular fund is being drained by the continued high number of claims, Hui told the committee. The fund may be out of cash by June, she said.

If that happens, payments would be covered by loans from the federal government. That is part of the design of the system as well and has occurred in several past recessions. If the state must take a loan, it is repaid by a surcharge on regular unemployment taxes.

Without recovery, Hui said under questioning from state Rep. Richard West, R-Wentzville, the state unemployment fund may be exhausted sooner.

West was clear that he opposed forgiveness.

“We are going to be pushing some of this burden back on our small businesses to repay this,” he said.

In his news conference, Parson said that while “there was mistakes made,” he doesn’t have the authority to waive repayment.

“I am not sure what the legislature is going to do but I think it’s obvious if you’ve got an overpayment there should see some ability, and under the requirements of the law, we’re required to do that,” he said.

The federal government advised states in April 2020 that overpayments from the federally funded programs could be forgiven.

“The state has authority to waive repayments of FPUC if the payment was without fault on the part of the individual and such repayment would be contrary to equity and good conscience,” the guidance states.

Parson said he was not sure what the federal government intended.

“I guess what they’re doing on the federal level, I don’t know,” Parson said. “All I know is where we’re at on the state and all the legislators are working through this. And frankly, I don’t know what the feds are doing.” 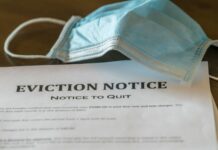