The Keystone Pipeline has been a political buzz phrase for some time. This 10-year-old oil pipeline system runs from Alberta, Canada, all the way to Texas.

The chief controversy around the system arose with the introduction of the final phase of development: Phase 4. The “KXL extension” of the system, as it is informally known, seeks to connect the Phase 1 pipeline terminals in Hardisty, Alberta, and Steele City, Nebraska, using larger diameter pipe while creating a shorter route. In addition, light crude oil from Montana and North Dakota would be added during this leg. Since this light crude is American-produced, many supporters see this as a boon for United States (and North American) energy independence and security — and the positive impact on the economy that comes from it.

Responding to environmentalists’ criticism, then-President Barack Obama temporarily suspended Phase 4 in 2015. During his presidency, Donald Trump rebooted the effort in 2017, eventually granting a permit for completion in 2019. The political back-and-forth continues, with President Joe Biden signing an executive order to revoke the permit that was granted to TC Energy Corp.

As might be expected, air pollution and inevitable oil spills and leaks causing irreparable harm to water supplies and wildlife are central to the criticism. In addition, the impact to the already marginalized Indigenous peoples affected by the line gives many pause. In addition to the potential environmental damage, the pipeline extension threatens damage to holy sites. Further, there are reports of “man camps” in critical pipeline centers that have led to a higher risk of sexual violence to Indigenous women.

Irrespective of these criticisms, there are those who oppose Biden’s decision. Many of these critics suggest that shutting down the planned work would lead to the loss of 11,000 jobs, and with unemployment high due to the pandemic, such a move would damage the livelihoods of all those families.

And most of those jobs are temporary. Even though TC Energy praises the “comprehensive regulatory process” buttressing this project, a 2014 report found that 50 employees at most would be necessary to maintain the line once finished, with 35 of them designated permanent positions.

Those 35 jobs lost are still jobs lost — not tremendous in scale, but jobs nonetheless.

This background brings us to the crux of the debate from a moral and ethical standpoint: On what do we place a higher value? Human needs or planet stewardship?

That is, are we more concerned about the financial suffering of our brothers and sisters, or about the adverse regional and environmental impact, and the destruction of Mother Earth?

One of the first charges of humanity in the Hebrew Bible is to serve as stewards of the earth — both the wildlife and the land (Genesis 1:26-28). And for clarity and emphasis, shortly thereafter, we are charged to till and to tend to the earth (Genesis 2:15).

Read in a vacuum, we might ignore the directives in the Book of Leviticus, like “Love thy neighbor” and “Do not stand idly by the blood of your neighbor.” However, such divine imperatives speak directly to the suffering of our fellow human beings, too.

The novelty here is that maltreatment of our planet — leading to environmental crises like climate change — violates both our obligation to steward this earth and to love and rescue our neighbors.

Our first step in understanding and assessing Phase 4 is to clarify the facts, the hypotheticals, and the potentials. There is indeed a graver threat to our environment — and in turn the entire world — than there is to job loss and poverty.

Even so, Jewish tradition teaches that when faced with grave environmental impact and the opportunity to prevent it — and God willing turn it around — we are honoring the earth and our fellow neighbors, too. Preventing job loss is short term salvation — our mission should be long term. 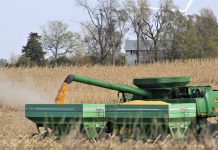 Evaluating the moral case for and against Keystone XL