The person making accusations that Missouri Gaming Commission staff altered or omitted important material from licensing investigation reports is “a coward” for not coming forward, a member of the commission said Wednesday.

During the regular monthly meeting of the commission, Dan Finney renewed his criticism of the decision to spend almost $400,000 to investigate the charges. Speaking just before the commission voted 4-1 to go into closed session, with Finney the lone “no” vote, he said the findings have not justified the expense.

“The allegations were not something that would get a slap on the wrist,” Finney said. “They are very serious. They’re the type of thing people get fired for, the type of things that people go to prison for.”

On Monday, Finney aimed his ire at commission Chairman Mike Leara, accusing him of lying about the source of the charges and stating Leara had an “imaginary friend” making allegations. Leara denied the allegations and said he has “no imaginary friend.”

During the meeting, Finney said the person making the charges should come forward.

Leara was clearly displeased with Finney’s remarks but did not respond during the meeting. In a telephone interview after its conclusion, Leara said he doesn’t want a public fight with a fellow commissioner.

As a former state representative, Leara said, he’s used to taking criticism without fighting back in public.

“I feel like I am being drawn into something and I just didn’t respond,” Leara said.

Graves Garrett, a Kansas City law firm run by some of the state’s most well-connected Republicans, was hired April 17, 2020, to investigate how the commission conducts licensing background investigations. The report was delivered to the commission at its Jan. 27 meeting.

The commission has denied The Independent and other media’s requests for the report, stating it is a closed record covered by attorney-client privilege. The commission took no action on the report and made no decision about whether to release it or some summary during its closed session, Leara said.

The subject of the report is the commission’s process for investigating license applications. Every person who works for or makes a substantial investment in a casino in Missouri and every company that provides games, leases property or has an ownership interest must obtain a license.

Licensees are required to keep the commission informed of issues that could impact their license, such as a new major investor or when an employee is arrested.

Finney has said the investigation looked at whether any commission employee altered or omitted material gathered by Missouri State Highway Patrol investigators employed to support licensing and security at the state’s 13 casinos.

“As far as I can tell they are based on statements of an individual who doesn’t exist,” Finney said during the meeting.

In the meeting, Finney said the expense of the investigation took money away from Missouri Veterans Homes at a time when the facilities were overwhelmed by COVID-19 cases that caused dozens of deaths.

“We took money that was supposed to go to them and invested that money in an investigation against the staff based upon statements of an individual who we still don’t know made those statements,” Finney said.

Finney has said the report found no significant problems in the licensing process.

In the interview, Leara said Finney is speaking too soon about the report.

“Much of what he says I don’t even understand,” Leara said. “I don’t know where a lot of it comes from. The conclusions have not been drawn yet.” 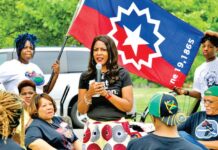 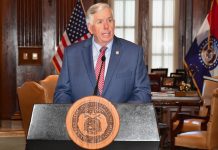 St. Louis judge to decide whether special prosecutor can withdraw from...