Brandon Boulware remembers the moment he realized he wasn’t allowing his transgender daughter to be who she is.

Boulware said he wouldn’t let her play with toys or wear clothes intended for girls, and would make her get short haircuts. He wanted to keep her from getting teased, but also avoid the inevitable questions he would receive, too.

But one afternoon his daughter — who had sneaked on an older sister’s dress — asked if she could go across the street to play with the neighbor’s kids. Boulware said no.

So she asked if she would be allowed if she went inside and changed into boy’s clothes.

Boulware said his daughter’s transformation was immediate. She’s now more confident and happy, wears what she wants, and plays on a girl’s volleyball team.

If a constitutional amendment sponsored by Rep. Chuck Basye, a Republican from Rocheport, were to pass, voters would be asked whether the law should restrict transgender youth, like Boulware’s daughter, from participating on sports teams whose gender they identify with.

Instead, students would be restricted to teams that match the sex listed on their birth certificate.

HJR 53 would be on the ballot in the November 2022 general election if approved by lawmakers. It was met with a wave of opposition during a two-hour hearing of the House Committee on Emerging Issues Wednesday night, with just three people testifying in support.

This year, similar bills have been filed in at least 19 states across the country, according to The 19th.

Supporters of the proposal say it’s needed to protect women from playing against competitors who they feel have an unfair advantage. Basye, the bill’s sponsor, said it comes down to an issue of fairness.

“I don’t think that is appropriate to treat… young ladies in that manner after they work hard in a competitive sport and then lose their opportunity to go on to the next level, get a college scholarship, what have you,” Basye said.

But opponents argue it will only serve to further discriminate against a group of Missourians that already have few protections.

Corey Hyman, a 15-year-old transgender boy from St. Charles, said transitioning is more than just coming out to friends and family. It also includes having your gender affirmed by participating in activities like sports.

“I would be very upset to see my transgender peers being discriminated against somewhere they should feel comfortable,” Corey said, later adding: “Being misgendered constantly somewhere you should feel safe is a horrible and heartbreaking feeling.”

Christine Hyman, Corey’s mother and the national chapter director for TransParent USA, a support group for parents of transgender youth, urged lawmakers to look at her son for who he is.

“Our kids are more than bedrooms, bathrooms and locker rooms. That’s all we hear,” Hyman said. “That’s not who my son is. That’s not how you should see him.”

Anneliese Schaefer said her transgender daughter was not permitted by the Missouri State High School Activities Association to participate on her school’s soccer team until she had completed at least one year of hormone therapy and went through an intense approval process.

And once granted, transgender girls must document that “the appropriate hormone levels are being maintained,” according to the policy.

“Having a bill to address this seems like a solution in search of a problem,” Schaefer said, noting that there’s already rigorous requirements in place.

Jenny Schultz, a former college basketball player who testified in support of the bill, said she isn’t against transgender athletes participating in sports. But she wants it to be on an even playing field.

“Taking away the rights of one group — in this case women and girls — to satisfy another isn’t equality. It isn’t political correctness. It isn’t wokeness,” Schultz said. “It is discrimination.”

Chase Strangio, the deputy director for transgender justice at the American Civil Liberties Union in New York who is serving as counsel to lawsuits challenging policies in Idaho and Connecticut, said the courts are clear and that such restrictions against transgender youth are unconstitutional.

Representatives from the Greater Kansas City Chamber of Commerce and Greater St. Louis Inc. also testified in opposition to Basye’s bill, warning of its potential negative impacts on Missouri’s economy. In North Carolina, it was estimated a controversial law limiting LGBTQ protections would cost the state more than $3.76 billion over a dozen years, according to an Associated Press analysis.

“I think that we have to be very careful not to allow the dollar to dictate what we do on matters of a fundamental nature,” Richey said.

Hours before Wednesday night’s hearing, some of the same witnesses had hoped to share their opinions at a House Committee on Children and Families hearing on a bill that would prohibit Missouri medical providers from administering care to children under 18 for the purpose of gender confirmation.

Kendall Martínez-Wright travelled to the Capitol Wednesday morning hoping to share her perspective as an Afro-Puerto Rican trans woman and testify on how she felt the bill would harm transgender children.

Martínez-Wright wasn’t the only one. Missourians had traveled from across the state to share their perspectives on House Bill 33, sponsored by Rep. Suzie Pollock, a Republican from Lebanon.

But their testimony will have to wait, as Rep. Mary Elizabeth Coleman, a Republican from Arnold and chairwoman of the committee, cut short Wednesday morning’s hearing and announced the bill would be heard next week instead.

Shira Berkowitz, the communications director for PROMO, a statewide organization that advocates for LGBTQ equality in Missouri, said it was both a victory and a disappointment. Extending the bill’s hearing showed that elected officials know “they’re treading in suspicious territory,” Berkowitz said.

“These bills are harmful. There needs to be a level of care and consideration about who comes to testify,” Berkowitz said, noting that the bill would affect the livelihood of children who often don’t have a say in the political process. “And perhaps maybe that they shouldn’t be bills in the first place.”

Rep. Shamed Dogan, a Republican from Ballwin, asked that the committee consider virtual testimony next week in order to ensure Missourians who traveled Wednesday would still have an opportunity to easily have their voice heard.

“I will make a commitment that I’ll work with the Speaker’s office to try to allocate a time to do so and see if we can’t reconvene,” Coleman said.

For Martínez-Wright, the hearing’s sudden cancellation was “blatantly disrespectful” to the citizens lawmakers are supposed to represent.

“They are the ones that we count on to fully represent and fully do the duties that they uphold the constitution to,” Martínez-Wright said, “and so we have to hold them accountable.” 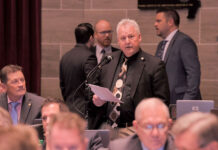 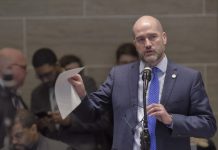 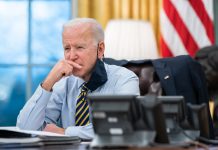