The Missouri House refusal to fund voter-approved Medicaid expansion reminded me of a long Missouri legislative tactic of “kicking the can down the road” involving state funding for Medicaid.

The Federal Medicaid program requires a state to provide matching funds to be eligible for the much larger chunk of federal funds.

Yet for more years than I can remember, the annual budget approved by Missouri’s legislature often failed to fully fund the estimated Medicaid funding requirement for the budget year.

Instead, the General Assembly simply kicked the can into the subsequent calendar year for lawmakers to pass a “supplemental” budget to cover the Medicaid shortfall.

In 2014, under the Affordable Care Act of the Obama administration, eligibility was expanded to adults with incomes effectively up to 138 percent of the federal poverty level.

But, Missouri’s Republican legislature refused to appropriate the required matching state funds for the expanded coverage.

That led to the 2020 state constitutional amendment approved by Missouri voters that those who meet the new federal Medicaid qualifications “shall receive coverage.”

The amendment also requires the Social Services Department to “take all actions necessary” to implement Medicaid expansion and submit a plan to the feds.

In fact, as I write this column, the Social Services Department is preparing plans for implementation.

That language strikes me as establishing a “legal entitlement” under the U.S. Constitution’s 14th Amendment.

Various court decisions have held the amendment requires that when a right or service is established by law, no state can deny those services to those who meet the qualifications.

Missouri has a long history with this issue. In 1935, the U.S. Supreme Court held the state could not deny admission to state law school to a Black.

Beginning in 1980, the 14th Amendment was cited in court orders requiring desegregation of Missouri schools, regardless of the costs.

A fascinating aspect is that Medicaid expansion might not cost the state a penny.

The American Rescue Plan Act approved by Congress this year lowers how much a state must contribute to match existing Medicaid coverage if the state implements Medicaid expansion.

The private Missouri Budget Project estimates that law could lower how much Missouri must contribute for existing Medicaid coverage by more than $1 billion over a two year period.

That saving is far higher than the estimated state cost for Medicaid expansion of about $130 million per year.

In other words, if the Missouri Budget Project is correct — and I think they are — Missouri could enjoy a huge profit from the feds by implementing Medicaid expansion.

On the other side, some Republican legislators have argued rejecting the expanded federal support is an act of financial discipline for the growing debt of the federal government.

But if the legislature does not take advantage of those extra funds, it likely kicks the can down the road to the courts.

One issue would be whether the 14th Amendment requires the state to fund Medicaid expansion.

Another issue could be whether such a requirement violates a state constitutional prohibition on a ballot initiative from appropriating funds.

A state appeals court upheld the ballot issue. But the state Supreme Court refused to hear the case. 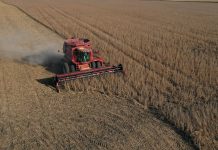 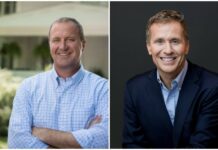 Josh Hawley says workers deserve a raise. But it’s been all...