The attorneys general in Missouri and Kansas have joined their Republican counterparts in 20 states demanding that the federal government not consider the social cost of carbon emissions when determining whether to approve new natural gas pipelines.

Eric Schmitt of Missouri and Derek Schmidt of Kansas filed comments with the Federal Energy Regulatory Commission Monday after the agency called for feedback on a number of questions about how it certifies new pipelines. Part of FERC’s responsibility is to determine whether projects are in the public interest.

Schmitt, Schmidt and their GOP peers argue that measure is “fatally-flawed,” and that federal law neither mandates nor allows it.

“Although the ‘public interest’ is central to FERC’s responsibilities, Congress did not define it — but Congress certainly never stated that it was an invitation to FERC to dictate a global warming policy for the United States,” the letter says.

The Environmental Defense Fund says a robust social cost of carbon “is essential for good government.”

“Weakening or eliminating it conceals the true costs of carbon pollution, incorrectly skewing the analysis and biasing decision-making away from crucial climate safeguards,” the group says on its website.

Schmitt took the lead on writing the comments to FERC, and in a press release issued Tuesday said he would “continue to push back against President (Joe) Biden’s expansion of federal regulations and overreach.”

“Under the ‘social cost of carbon’ analysis, private companies who want to build interstate natural gas pipelines to provide cheap, affordable energy to Missourians and those across the country would be subject to greater regulations and red tape,” Schmitt said in the release.

Schmitt is running in the Republican primary for U.S. Senate in Missouri to replace Sen. Roy Blunt, a Republican who will not seek another term. He has been active in suing the new Biden administration and has already filed a lawsuit also concerning the social cost of carbon. The steady stream of lawsuits have become the centerpiece of his campaign.

Schmidt is running in the Republican primary for Kansas governor against former Gov. Jeff Colyer, who took office when Gov. Sam Brownback resigned to take a job in the Trump administration. Colyer lost the Republican primary to Kris Kobach. Gov. Laura Kelly, a Democrat, defeated Kobach in the general election in 2018.

Biden issued an executive order in January to review executive orders taken under the Trump administration that conflict with Biden’s goals surrounding public health and the environment, restore national monuments the Trump administration shrunk, pause a Trump-era oil drilling program, revoke the Keystone-XL pipeline’s permit and evaluate the social cost of carbon and how it should be applied to federal policy.

“An accurate social cost is essential for agencies to accurately determine the social benefits of reducing greenhouse gas emissions when conducting cost-benefit analyses of regulatory and other actions,” the executive order says.

In March, the Biden administration pegged that cost at $51 per ton of carbon, according to the Scientific American. Under the Trump administration, it was as low as $1.

Schmitt and other attorneys general quickly sued, saying calculating the measure was “arbitrary and capricious” and that Biden was directing federal agencies to justify an “enormous expansion of federal regulatory power that will intrude into every aspect of Americans’ lives.”

“If the Executive Order stands, it will inflict hundreds of billions or trillions of dollars of damage to the U.S. economy for decades to come,” the lawsuit says. “It will destroy jobs, stifle energy production, strangle America’s energy independence, suppress agriculture, deter innovation, and impoverish working families.”

The lawsuit is pending in U.S. District Court for the Eastern District of Missouri and claims the executive order violates the separation of powers by granting authority to Biden’s executive branch that should belong to Congress.

The Biden administration has not yet filed a response. 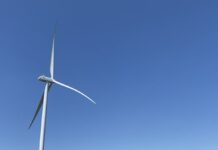 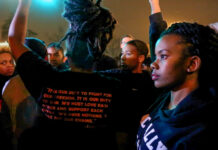 ▪ You can publish our graphics and any photos that are credit to Missouri Independent with the stories with which they originally appeared. For any other uses, you must seek permission from us at info[email protected]

Half of U.S. House GOP, including five from Missouri, back lawsuit...

Children of Republican accused of abuse call for Missouri House to...