Attorney General Eric Schmitt has determined his office cannot investigate an alleged violation of Missouri’s open records laws by the governor’s office, an interpretation of state law that has transparency advocates alarmed.

Missouri’s attorney general’s office is in charge of enforcing the Sunshine Law, which requires meetings, records, votes, actions and deliberations of public governmental bodies be open to the public. Besides a complaint to the attorney general, the only other remedy for Missourians who feel the Sunshine Law has been violated is to hire a private attorney and file a lawsuit.

In response to a Sunshine Law complaint by The Independent over Missouri Gov. Mike Parson’s refusal to turn over the resignation letters of two cabinet members, Schmitt’s office said it could not get involved because the governor’s office is considered a client.

“Staff cannot discuss any action our office may take regarding this issue,” Assistant Attorney General James Klahr wrote in a Wednesday letter closing the complaint, later adding: “If you wish to discuss this matter further, you may wish to contact a private attorney.”

The decision came even after Schmitt’s office, and previous attorneys general, have weighed in on or launched Sunshine Law investigations into the executive branch for potential violations in the past.

First Amendment attorneys and Sunshine Law experts worry the decision sets a dangerous precedent that the attorney general’s office will not investigate the executive branch or state agencies and leaves Missouri citizens with little means of recourse in open records disputes.

Without the attorney general, the burden would be on residents to enter into a costly legal challenge by hiring an attorney.

“I find that very troubling, because if a citizen of Missouri cannot go to the Missouri Attorney General to enforce the Sunshine Law… then what recourse do they have?” said Mark Pedroli, the founder of the Sunshine and Government Accountability Project. “Apparently, according to the attorney general, they have none.”

In response to open records requests, the governor’s office argued the letters were closed records in their entirety.

Resignation letters from cabinet officials and agency heads have routinely been released and made public in prior administrations.

Caroline Coulter, the deputy general counsel for the governor’s office, cited a provision of the law that permits governmental bodies to close “individually identifiable personnel records, performance ratings or records pertaining to employees or applicants for employment.”

If the attorney general’s position is that the governor’s office is a client, then “we need to understand that,” Pedroli said, “that there’s not a cop on the beat if the governor is breaking the law.”

Chris Nuelle, a spokesman for the attorney general’s office, defended the office’s enforcement of the state’s open records law and pointed to a December letter Schmitt sent to the chairman of the Missouri Veterans Commission. In it, Schmitt directed the commission to immediately release a 415-page report that was the result of an independent investigation into COVID-19 outbreaks that ravaged Missouri’s veterans homes.

“As the state’s defender and enforcer of the Sunshine Law, we have not been hesitant to act on potential Sunshine Law violations,” Nuelle said.

Dave Roland, the director of litigation for the Freedom Center of Missouri, a libertarian nonprofit that advocates for government transparency, said the attorney general’s office would have a legitimate conflict if it provided legal advice to the governor’s office on whether or not the resignation letters should be publicly disclosed.

Parson’s office did not respond to a request for comment on whether or not the attorney general consulted on the decision to close the records. Nuelle reiterated the office would not discuss any actions taken and would not be commenting further.

“They legitimately are in kind of a difficult position,” Roland said of the attorney general’s office. “But that does not prevent them from doing their job in alternative ways.”

A break from Josh Hawley

The argument Schmitt’s office cited Wednesday is similar to one former Attorney General Josh Hawley’s office used in response to a Sunshine Law complaint filed in 2017 against former Gov. Eric Greitens for records related to his office’s social media use.

In that instance, Hawley’s office forwarded the complaint to the Cole County Prosecuting Attorney, who also has jurisdiction over the matter since the Capitol is located there. That move was absent from Wednesday’s decision to close the complaint.

Roland said the office could also enlist outside legal counsel to take on the complaint, noting the attorney general needs to be just as vigorous in enforcing transparency for the executive branch as it does for other entities, like local governments.

“I would look to see the willingness of the attorney general’s office to find someone outside the office who can address the issue as an indication of just how serious they are about enforcing the Sunshine Law vigorously,” Roland said.

In both the case over social media use and an inquiry looking into the Greitens administration’s use of an app that automatically deletes text messages, Hawley’s office pointed to a Missouri Supreme Court ruling that found the attorney general’s office can’t represent a governmental client and take enforcement action against that client in the same matter.

But Hawley’s office later reversed course and launched investigations into both issues, concluding that the attorney general’s actual clients are “first and foremost the citizens of the state.”

The investigation into Greitens’ social media use continued and was later closed under Schmitt.

Nuelle did not provide an explanation on what made the complaint at hand different from those previous instances.

Nuelle said that case is “simply not comparable.”

“The governor’s office asked for our opinion, which we provided, and they waived attorney-client privilege allowing us to publicize it,” he said.

From February 2018 through November 2020, the attorney general’s office closed 59 Sunshine Law complaints against state entities, according to data on its website. Of those, it appears the office has intervened in some cases, including sending a warning letter in one case. In another, a response was provided after intervention and in nearly half the cases the attorney general’s office alerted the governmental body of the complaint.

Transparency advocates raised questions as to the change in position and if it was fueled by political motivations.

Issuing opinions on previous Sunshine Law issues involving the executive branch shows the AG’s office can do both, Rhodes said.

Jean Maneke, attorney for the Missouri Press Association, said the attorney general’s determinations about when it is and isn’t representing state entities has been a source of confusion for transparency advocates for years. The attorney general serves as the state’s chief legal officer, and often represents the state in court challenges.

What’s more, Maneke noted that state offices and departments often have their own in-house attorneys who represent their respective agencies.

Maneke said Schmitt’s decision was “a perfect example” of why Missouri needs a state office or official who can serve as an independent public records counsel outside of the attorney generals’ office, “which claims it ‘represents the state’s interests in ensuring that public meetings and records are open to the extent provided by law,’ but then ducks and stumbles when it finds itself needing to represent those interests in a situation where a public official such as the governor may be violating the law.”

Other states, like Illinois, have created positions like a Public Access Counselor, that resolves open records disputes and can issue binding opinions. Without such an office, transparency advocates said it would likely be determined by each attorney general how they handle such cases against state entities.

Ultimately, the issue of whether resignation letters can be withheld under the “personnel” exemption still needs clarity.

“We just need the attorney general to do his job,” Rhodes said. 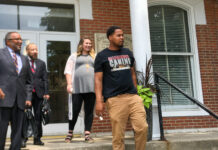 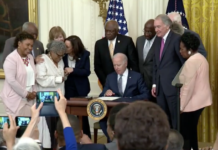 As session nears end, Missouri legislators get creative in push for...