The long-time contractor for medical services in Missouri’s prisons is protesting the state’s decision to award the business to a company that will charge more than lawmakers appropriated and is accused of bid-rigging to obtain a contract in Tennessee prisons.

Centurion Health, a Virginia subsidiary of St. Louis-based managed care company Centene, beat out four other bidders – including current provider Corizon Health – for a contract awarded May 28. Under the terms of the contract, Centurion would be paid $174.6 million for the year starting July 1. The initial contract term is three years, with four optional years, and Centurion’s bid totals $1.4 billion over the full period.

Lawmakers appropriated $152.8 million for prison medical services in the coming year, the third year where the amount has been unchanged. The actual cost in fiscal 2020 was $149.9 million.

In the formal protest filed last week, Corizon wrote that it was treated unfairly in the scoring and that Centurion failed to report problems that cost it a Tennessee contract on May 10 — including that key personnel involved in its Missouri bid were fired over their involvement in the Tennessee scandal.

“While Corizon realizes it will not always be the successful bidder, it expects and is entitled to a fair bidding process and that did not occur here,” the company wrote in the protest filed with the state Purchasing Division.

The protest will be investigated by the Office of Administration, which handles contracting for the state. A determination, including findings and an analysis of the allegations, will be made, and if the protest is sustained, the contract could be cancelled, the agency spokesman said.

Both Centurion and Corizon declined to comment on the allegations contained in the protest or on the bidding process when contacted by The Independent.

Corizon’s protest states that the scandal involving the Tennessee contract is important to the Missouri award because key personnel named in the offer to Missouri have been fired because of their involvement.

In Tennessee, Corizon sued Centurion after the award of that state’s $123 million contract for prison mental health services.

Records requests and evidence uncovered in the Tennessee lawsuit found that Wesley Landers, the chief financial officer for the Tennessee Department of Corrections, had ongoing communication with Centurion senior executives, providing confidential information including drafts of the bidding documents.

In the middle of the bidding process, Centurion hired Landers a vice president. But it fired him, and one of his principal contacts in the company, Jeffrey Wells, in February.

Tennessee canceled the contract in May after the details of the arrangement were made public through the Corizon lawsuit.

Despite being fired a month earlier, Wells was still listed in Centurion’s final offer document “as the corporate team member with primary responsibility for delivery of the Missouri contract,” Corizon’s protest states.

Both are misrepresentations that should disqualify Centurion, the Corizon protest states.

The improper communication is troubling, the protest alleges, because it shows Centurion’s willingness to break the rules to obtain public business.

“Corizon fears that Centurion may have attempted or engaged in similar conduct relating to this (request for proposals),” the protest states. “Corizon’s investigation is ongoing and it reserves the right to amend its protest to assert as needed to include newly-obtained information.”

After the bid award, the protest states, Corizon sent records requests to the Missouri Department of Corrections and the state Division of Purchasing. The purchasing division stated it could not fulfill the request before the deadline for a protest. The protest accuses the corrections department of violating the Sunshine Law by failing to respond in the time required and directing requests to the purchasing division rather than looking for records in its possession.

In response to an inquiry from The Independent, Department of Corrections spokeswoman Karen Pojmann declined to address the allegations from Corizon.

In the protest, Corizon cites the high costs as a reason for the state to cancel the contract. The price far exceeds the appropriation level for prison medical services in the coming year, the protest states, and violates state law that directs contracts to the “lowest and best” bid.

Wexford Health Sources, a Pennsylvania company, offered the lowest price, $154.7 million, while Corizon offered to handle the work for $159 million. Over the full seven years, Corizon’s offer was $183 million less than Centurion and Wexford Health was $232 million below Centurion.

As part of determining whether a vendor can deliver at the price quoted, proposals are scored by a committee on a variety of factors including experience, work plan, team qualifications and other criteria.

Corizon Health and its predecessor companies have provided prison health services in Missouri since it became a contracted service 29 years ago. It received a score of 109.44 out of a possible 218 points, fourth lowest, while Centurion was given a score of 171.18.

The other scores were Wellpath, a Tennessee company, scored at 154.46; Wexford Health, given 145.1 points, and InGenesis, a company with no prison health experience, scored at 99.36.

It has struggled to maintain its contracts in recent years. Corizon lost the Kansas Department of Corrections contract to Centurion in April 2020. 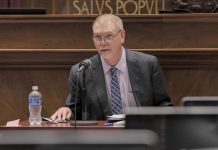