A recent suggestion by a Missouri Senator of a Senate leadership purge reminded me about the last time the Senate’s top leader was ousted.

Sen. Paul Wieland, R-Imperial, made his suggestion in a letter to Republican senators, reported by The Missouri Independent, complaining about how Senate leaders consulted with Democrats on his amendment to ban Medicaid money for some forms of birth control in a Medicaid tax measure.

The amendment scuttled by the Senate in the regular session would have extended a health-provider tax that generates about $2 billion in extra federal funds for Medicaid each year.

If there is a serious effort to oust Sen. Dave Schatz, R-Sullivan, as Senate president pro tem, senators might want to review the last Senate leadership purge of more than 50 years ago.

Like now, it involved taxes and the outcome was a political nightmare for the governor from the same party that controlled the Senate.

In 1969 when Democratic Gov. Warren Hearnes proposed and won legislative approval for a budget exceeding state revenues, he proposed a state income tax increase to cover the costs.

Like this year’s Medicaid provision, the tax was described as necessary to avoid deep cuts in state services.

The legislature passed the Democratic governor’s tax increase. But it did not have support from Senate President Pro Tem Earl Blackwell, D-Jefferson County.

But Hearnes simply called a special session of the legislature to once again pass the tax increase for basic services like education and health.

It forced Senate Democrats, supporting their governor, to oust him as pro tem in order to move forward.

But that didn’t stop Blackwell. He launched one of the most dramatic filibusters I’ve covered to stop a Senate vote.

His filibuster went so long that I vividly remember the cots senators had just outside the chamber to get late-night naps.

He eventually caved when, as I remember, it was clear his Democratic colleagues would vote to shut off his debate.

But the resulting bitterness in the Democratic-controlled Senate about a tax increase forced by the Democratic governor was lasting. Remember, back then Democratic senators were pretty conservative.

They were not happy that a Democratic governor had forced them into passing a tax increase that had been rejected by the voters.

For his remaining time in office, Hearnes was subject to almost constant attack by fellow Democrats in the Senate.

Beyond that, the Senate was faced with a bitter member who, as the chamber’s former top leader, knew some dark secrets of his colleagues.

As I discovered as a reporter, Blackwell was quite willing to share those secrets.

Further, Blackwell’s replacement as pro tem — Sen. Pat Patterson, D-Caruthersville — was nearly as conservative and hostile to Hearnes as Blackwell.

It was so intense that part of my weekly routine was to stop by Patterson’s office for his predictable attack on the governor and then to Hearnes for his vitriolic response.

Of course, the following week I’d just reverse the order, but still got vitriolic punches and counter punches.

This internal party bickering undermined Hearnes final years as governor and, I’m sure, contributed to his defeat for the U.S. Senate.

There are similarities between that internal Senate party fight of more than fifty years ago and today.

Both involved taxes and the budget. Both involved passion by some legislators so strong about a single issue that they were willing to stand up to the broader agenda of their party’s governor.

For Blackwell it was an income tax increase versus funds to fund budget increases that Hearnes so fervently supported for education and health.

Neither Hearnes nor Blackwell could find a middle ground. And neither achieved higher office.

In that, perhaps there is a warning for today’s public officials. 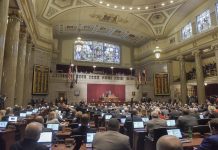 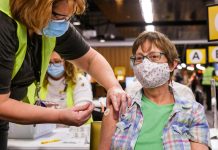 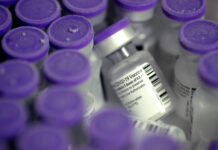 Josh Hawley says workers deserve a raise. But it’s been all...

How you can help veterans every day