WASHINGTON — President-elect Joe Biden pressed the urgent need for economic relief and a vaccine distribution plan for states and tribes after a video meeting Thursday with bipartisan leaders of the National Governors Association.

But Biden in a press conference in Wilmington, Del., also vowed there will be “no national shutdown” despite a surge in COVID-19 cases in multiple states in recent weeks. Biden argued that a wide shutdown would be counterproductive because the prevalence of the virus, which has killed more than a quarter million Americans, differs state to state.

“It’s not shutting down everything, it’s calibrating based on what the threat is,” he said.

It was a definitive statement from Biden, who will be under intense pressure to swiftly deal with COVID-19 as soon as he takes office on Jan. 20. Earlier, a member of his coronavirus task force, Dr. Michael Osterholm of the University of Minnesota, stirred controversy by suggesting a four-to-six-week lockdown with aid for Americans whose jobs would be hit, though the Iowa native later said the idea had not been discussed with anyone and would lack public support.

Governors from 10 states including Democrats Jared Polis of Colorado and Gretchen Whitmer of Michigan and Republican Larry Hogan of Maryland met with Biden and Vice President-elect Kamala Harris for the first time since they won the November election. The governors are members of the executive committee of the NGA. Members of the Biden coronavirus task force also attended.

Biden said that he would continue to confer with governors to create a bipartisan national strategy to combat the virus.

He said states have lost revenue because of the coronavirus and need assistance for businesses, unemployment benefits and health care. A covid relief plan has been stalled in Congress for months, with aid for states a key element of disagreement between House Democrats and Senate Republicans.

“States and communities shouldn’t have to lay off teachers, cops, firefighters, cut vital services for families and businesses,” Biden said.

Biden also said the group discussed a national strategy to distribute vaccines to more than 300 million Americans. Governors raised concerns to Biden about widespread adoption of a vaccine because it took states eight months to provide 100 million tests for the virus to Americans.

“That takes enormous resources,” Biden said of the vaccine. “It’s going to take the federal government and the states working hand in glove, working together.” Funding for vaccine distribution is one of the items caught up in the standoff over another covid relief plan. States will be on the front lines for a far-reaching vaccination initiative expected to cost in the billions.

Biden and his team have had their transition hindered because the head of the General Services Administration has not yet certified Biden as the incoming president, a requirement under federal law.

This then prevents Biden and his team access to $10 million in federal funding to hire staff and have access to officials in the Trump administration who are working on Operation Warp Speed—the plan to develop a vaccine and handle the pandemic.

President Donald Trump has refused to concede the election and his lawyers have continued to mount challenges in battleground states.

“If we don’t have access to all this data, it’s going to put us behind the eight ball by a matter of a month or more and that’s lives (lost),” Biden said. “How many would be lost as a consequence of that?”

Hogan in a statement praised Biden and Harris for meeting with governors, and referred to Biden as the president-elect, unlike some Republicans who have said they want to wait until the election is certified.

“As I said on the day that the president-elect was declared the winner, his election has provided a mandate for cooperation,” Hogan said. “A strong collaboration between federal, state, and local partners will be essential in the months ahead, and we look forward to working closely with the Biden-Harris administration as we continue to face this unprecedented global pandemic.”

Polis said in a statement that he hopes Biden and Harris come up with a national plan to safely reopen schools.

“The reality is we can’t wait for the next administration,” he said, “we really have to boldly and swiftly respond to the unique challenges of this pandemic.” 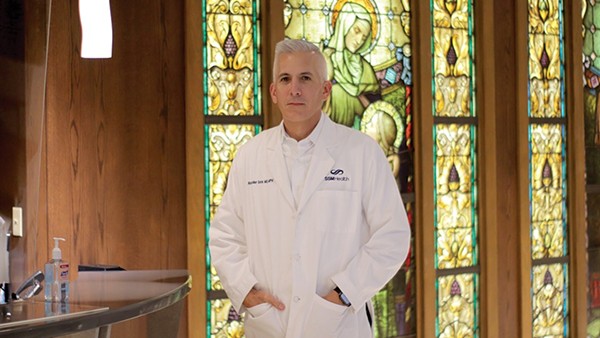